Musings From A Yogi in Training on Gift Giving 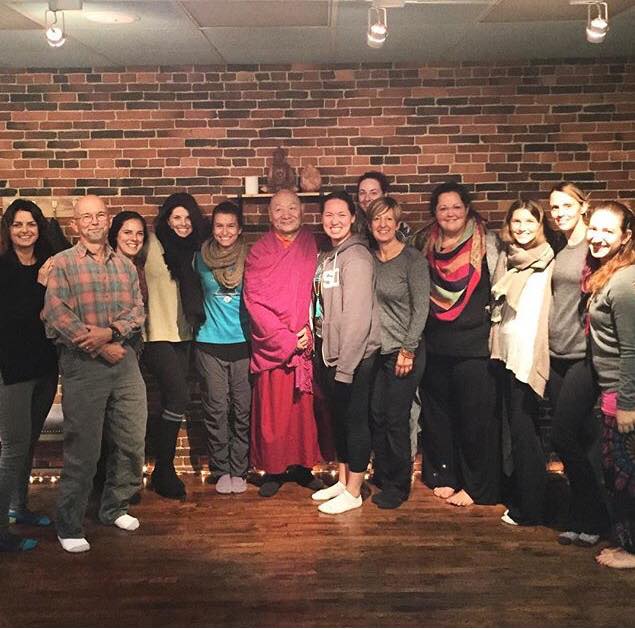 Last month, Samudra welcomed Lama Migmar Tseten, Harvard University’s Buddhist Chaplain.  His visit was the culmination of a four-day Fluid Mind/Fluid Spirit intensive during which he discussed the Six Paramitas.

Paramita, in Sanskrit, literally translates to “having reached the other shore.” In the study and emulation of the bodhisattva way, each paramita will help its practitioner find generosity over greed, patience over anger, morality over malice, etc. In essence, the Six Paramitas help a practitioner grow distant from the destructive behavior and embody the Four Limitless Qualities.

Of the Six Paramitas – generosity, ethics, patience, diligence, meditation, wisdom – the first resonated with me most. I really love to give gifts, so the idea of generosity through gift giving seemed so simple to me. However, as we’re in the midst of the biggest gift-giving season, kicked off with “Black Friday” and “Cyber Monday” (and not to forget my favorite, “Small Business Saturday”), I question if I have mastered generosity or not.

In discussing generosity, Lama emphasized three pillars of the first paramita, including knowing the giver, the gift, and the recipient.

Obviously, if I put myself in the role as giver, I know who I am (existentially, at least). But Lama would encourage me to examine my motive. Am I giving expecting a gift in return? Am I donating to a cause only for the tax write-off? I’m confident enough to say that, in most cases, I am giving out of love and kindness.

Truly knowing the gift can also be harder than it may seem. Most of the time I put a lot of consideration into the item I gift. Truth be told there have been occasions where I stop at the local drugstore enroute to a party and pick up a cheap bottle of wine, and may not even spring for wrapping paper. Regardless of size or expense, it really comes down to the old adage, “it is the thought that counts.”

The thought, however, must also account for the recipient. I have been guilty of a last minute bottle of wine gift, only to learn the party host doesn’t drink wine and I once bought perfume for a woman who had no sense of smell. Or in other circumstances, I have not know the recipient. For example, I have bought gifts for families in need, only knowing the gender and age of the child hoping to wake up with presents under the tree Christmas morning. Of course I wouldn’t know the child, but Lama explained that in such situations, the intent is still what matters. Am I being generous to feel good about myself? Or am I being generous to bring a smile to a stranger’s face on Christmas morning?

Shopping for gifts during the holidays can so easily become thoughtless. I’ve been tempted to just by a stack of gift cards for everyone on my list.  Lama’s focus on this first Paramita has given me pause this holiday season.  Rather than a trinket for grandma, maybe promising to take her out to lunch and shopping on my next day off. Rather than a tie for dad, which he will never wear, you find an intricate fly hook that he can use fishing this summer. Maybe instead of another BFF matching necklace, you buy your friend a few yoga classes since she doesn’t go as often as she would like due to budget restraints.

And then, just maybe, I can start focusing on the next Paramita – ethics – once I feel generosity is mastered this holiday season.